For Father and Son, Rotary is about much more than belonging to a humanitarian organization. It’s about making a difference in the world.

“When you’re a part of Rotary, you’re really making a difference, both locally and internationally,” Dr. Maharjan said. “When you think about all the wonderful things Rotary has accomplished, who wouldn’t want to be part of one of the most successful humanitarian organizations in history?”

Dr. Maharjan recently took the helm as president of the Branchburg Rotary for the 5th time. Dr. Maharjan is a charter member of the club, which started in 1988. It’s the first time a father and son have served as Rotary members in Somerset County, Dr. Maharjan said. 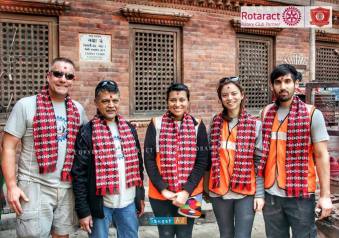 “It was fun to be able to do those things together, and it’s nice now because we can bounce ideas off of one another,” Anil Maharjan said. They have already completed three humanitarian missions to Nepal. They are planning their 4th Humanitarian mission in early February 2018.

Anil Maharjan joined the E-club last year and this year he decided to join his father’s club. Anil is a CPA and graduate of the Babson College and works for the MarketSmith as a director of the Innovation. He believes in the Rotary’s service projects and all the impact they are making around the world with various Rotary Foundation’s matching grants.  Branchburg Rotary has just received $95,000 grant to implement a micro credit project in Nepal. 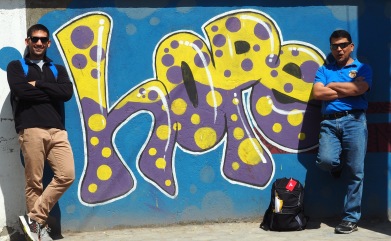 Father and Son team has been working on the Asha Project in Nepal to provide scholarships, micro credit and home building for the earthquake victims since the major earthquake in 2015.

Anil said Rotary sparked his interest after listening to his father always talking about various local and international projects his club has been involved for the past 29 years.

“We’re pretty good at raising money and giving money away to different organizations,” Anil said. “But I really like the hands-on service projects, where you can see you’re making a difference.”

“I would say one of the best things I ever did in my life was join the Rotary Club of Branchburg, because they’re just one of the most generous members I’ve ever known,” Dr. Maharjan said.

The Asha Project – works in collaboration with local and international partner organizations as well as individuals and governments, to provide HOPE and OPPORTUNITIES for the people of Nepal. We thrive at the intersection of Passion, purpose and Promise. View more posts

One thought on “Father and Son Team up to make a difference.”

This site uses Akismet to reduce spam. Learn how your comment data is processed.